Eastbrook Girl’s Golf took on Mississinewa and Wabash at the Marion Elks on Wednesday evening.  Wabash won the contest with a score of 186.  Mississinewa followed with a 199 and Eastbrook had a 211

The Panthers were led by Hayley Jarck with a 49.  Abbey Cansler and Savannah Goble both shot a 51. This was Savannah’s career-best for nine holes! Andrea Spurlock finished scoring with a 60.

Although not the outcome that was hoped for, the girls received a good look at the Grant 4 course.  That tournament is scheduled for September 12th.

The Panthers got back into the win column on Thursday evening against Marion and Elwood. Eastbrook shot 213, while Elwood and Marion followed with a 248 and 252 respectively.

Eastbrook was led by Abbey Cansler with a 47.  Hayley Jarck and Savannah Goble both followed with a 53.  Andrea Spurlock finished with a 60.

We celebrate our only senior this year, Andrea Spurlock, on September 8th! We also have two matches and Grant 4. 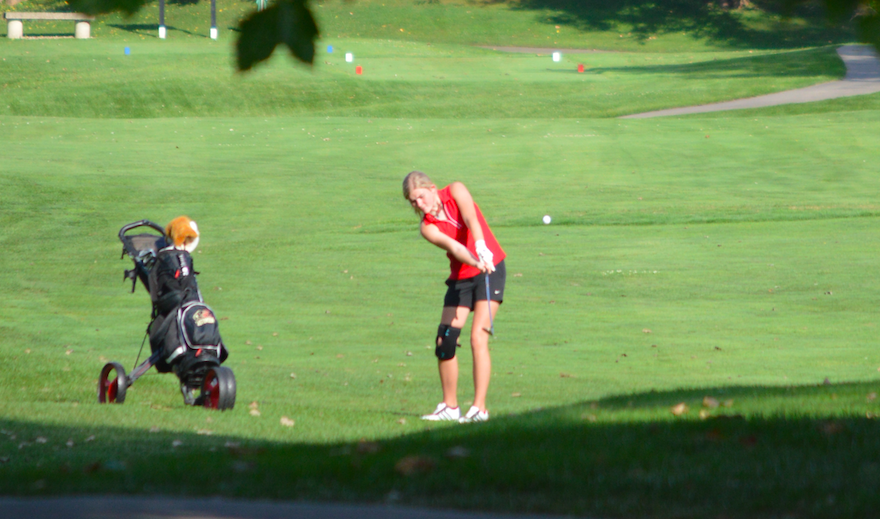